--Honen Shonin, as quoted by Shinran Shonin in "Lamp for the Later Ages."

It’s hay season here in Southwest Idaho and Northeast Oregon.  As I drive around the countryside, I see hay bales in 3 shapes/sizes.

First, there’s a smaller rectangular kind, that weighs about 55 pounds—this is the kind a grew up with, the kind that I can actually lift up and stack on my own . 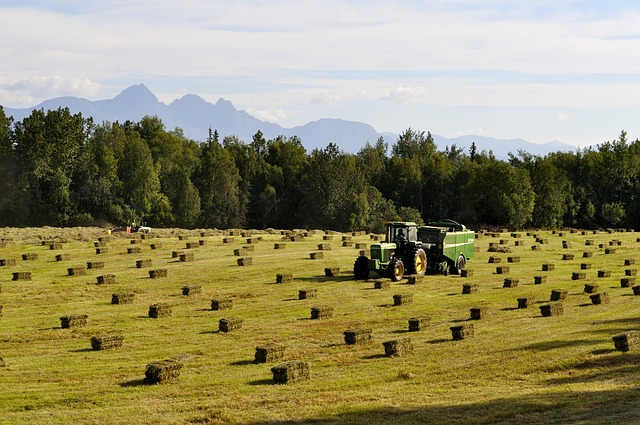 Then there’s a larger rectangular shape that needs a machine to lift: 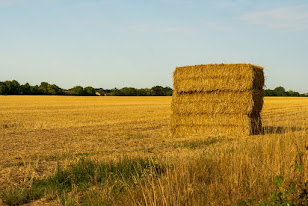 And, finally, there are enormous circular bales that weigh about 1000 pounds each! 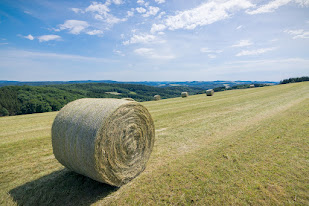 Seeing these bales as I drive around Idaho reminds me of an incident that happened a few years ago at the Monastery of St. Gertrude, a community of Catholic nuns just outside Cottonwood, ID.

The nuns own land, including a tree farm, a small orchard, garden plots, and farm land that they lease out to a neighboring farmer.  The whole place is on a large sloping hill with spectacular views of the valley below. The nuns are known for their raspberry patch which sits toward the bottom of the hill, just where the slope of the hill starts to flatten out a bit.

Every August the monastery hosts a big raspberry festival and people come from all over to eat raspberry short cake, buy raspberry jam, listen to music, and have a good time. 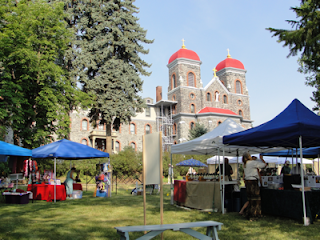 There is a hay field on the steeper part of the hill above the raspberry patch that is leased to a local farmer. When the incident happened, the farmer had been baling the hay into those enormous 1000-pound round bales and one of the bales had gotten loose and rolled down the hill, crushing several rows of raspberries and then tipping over and stopping smack in the middle of the patch.

It looked just like a giant bird’s nest among the raspberry bushes--in fact, I imagine it to be the kind of nest a pterodactyl would like.

I wonder what the farmer felt when that bale started to roll. What would you have felt? What would you have done?  If it were me, my first thought would be to try to stop the bale, but that would be both foolish and ineffective. Ignoring the bale completely, pretending it wasn’t rolling, would be a problem too. In fact, both these responses would be dangerous.

Perhaps the wisest thing for the farmer to do would be to quickly acknowledge the danger, get any nearby people to safety, wait for the bale to roll to a stop on its own, and then try to clean up the mess.

Our Jodo Shinshu Buddhist tradition teaches that we humans are motivated by "bonno" (Sanskrit: "Kleshas") which are the mental states that cloud the mind and manifest in unwholesome actions. The most common bonno are Greed, Anger, and Ignorance.

I think of my own bonno of greed, anger, and ignorance as being like that 1000- pound hay bale rolling down the hill--it's definitely not one of those small square bales that are easy to handle!  I don’t have full control over it and it can do a lot of damage to me and to those around me. It’s so big, I am not going to be able to stop it all the time. But denying my greed, anger, and foolishness isn’t going to help the situation either—in fact pretending that I’m perfect is just going to make it easier for my bonno to go out of control.

That is why the great teachers in our Jodo Shinshu Buddhist tradition do not ask us to purify ourselves.  They do not expect us to make ourselves perfect.  They, instead, teach us to become our “own foolish selves.”  We do this by acknowledging our foolishness and our own imperfections. We are encouraged to see ourselves as we really are--often self-centered and driven by our emotions.  As we recognize that we carry this giant hay bale of Bonno we also become more humble, quicker to apologize, more patient with others, and grateful for those people who help us (and put up with us!). It means having a sense of humor about our shortcomings and not taking ourselves too seriously.

Sometimes when I find myself taking my emotions too seriously, I just bring this hay bale to mind--it helps me see my own foolish self:

What image would you use for your bonno?
In Gassho, 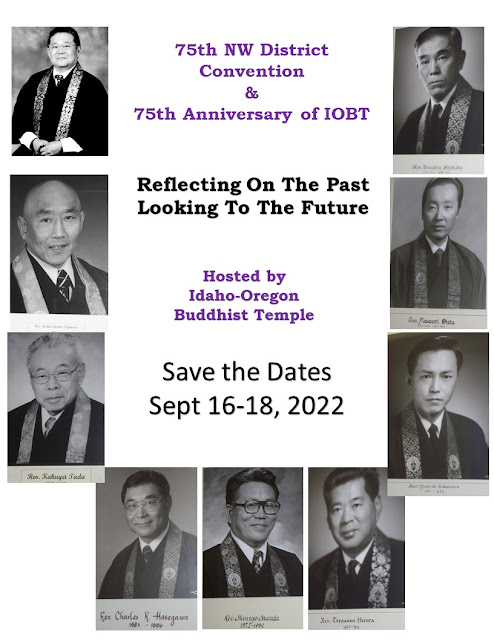 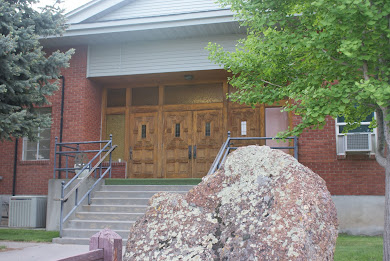 Welcome to Hometown Buddhism!  This is the blog of Idaho-Oregon Buddhist Temple in Ontario, Oregon.  In 2022 our temple will be celebrating 75 years in Ontario, Oregon.  We are proud of our history and are grateful for the Japanese immigrants and Japanese Americans who founded our temple and helped it flourish by sharing the Buddhist teachings, supporting each other, and connecting with the larger community.  We hope to keep their legacy alive by continuing to share what they taught us.   Up until last year, we did most of our temple activities in-person at our temple building or at neighboring locations in Eastern Oregon and Western Idaho.  The pandemic forced us to put more of our material online: Once we put some more of our materials online, we started hearing from people from around the country who wanted to connect (or reconnect) with us. And we realized that the practical and often relaxed style of our little Buddhist community here in rural Oregon might be of interest to a wi
Read more